The Battle for Pakrac

The Battle for Pakrac was the first battle in the Croatian War of Independence.

Events leading up to the battle

The problems in Pakrac began in early 1991. Local Serbs promoting the idea of a Greater Serbia started marking the town with Chetnik signs and graffiti. They soon took it up a notch and started planting explosives under Croatian houses.

On the fourth of January, 1991, the rebel Serbs founded the Secretariat of inner affairs of the Serb Autonomous Oblast "Krajina" (also known as the Republic of Serbian Krajina). It served as their police force.

The chief of the Pakrac SUP was a Serb called Jovo Vezmar.

The plan was to take Pakrac and have it be the center of SAO Krajina's Western Slavonia region.

The Constitutional Court of the Republic of Croatia then revoked that declaration on the 28th of February, saying that the Croatian Constitution gives absolutely no basis for the existence of a state like the SAO Krajina.

The takeover of the town

On the 1st of March Jovo Vezmar ordered the mobilisation of all reserve policemen that were of Serbian nationality. He gave away all weapons meant for the reserve company exclusively to local Serbs and Serb reservists.

On the night between the 1st and 2nd of March, he deceived the town's 16 Croatian Policemen and disarmed them. He then took control of the police station.

They replaced the Croatian flag on the county building and police station with the flag of the Republic of Serbia. They also put a Chetnik flag on the building of the People's Assembly.

After that, Yugoslav People's Army (JNA) units also got involved. Units from Zagreb, Bjelovar and Virovitica were sent. 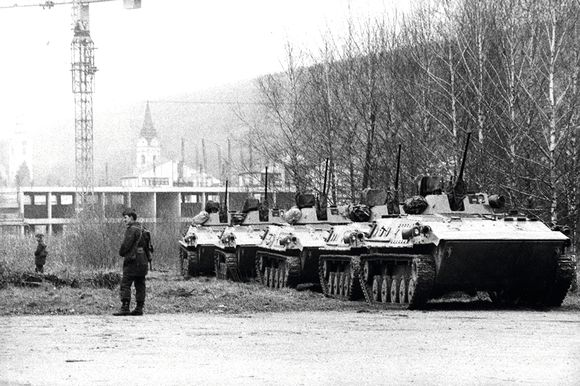 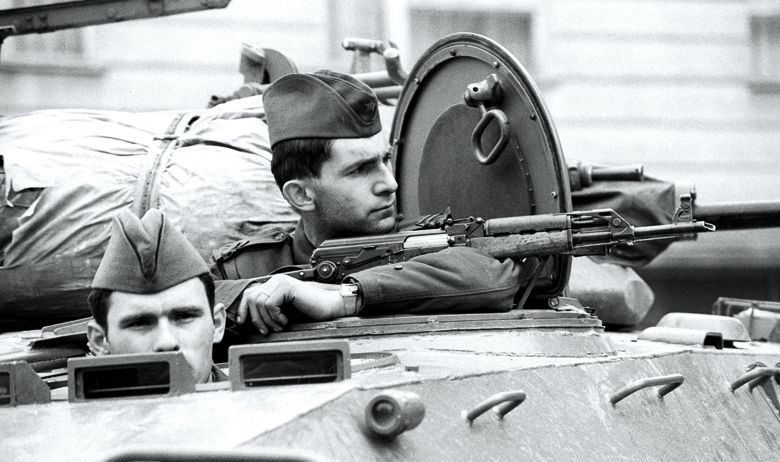 On the following day, the 2nd of March, Croatia sent special police troops from Bjelovar. They removed the Serb barricades planted on the road going towards Daruvar.

They arrived into the town in the early morning hours. When news spread that the special police are coming, the Serbs retreated into the surrounding hills.

When the police arrived in downtown Pakrac, the Serbs opened fire from the hills. The Croatian special police responded and a short firefight followed, in which the Croatian police managed to secure a victory. 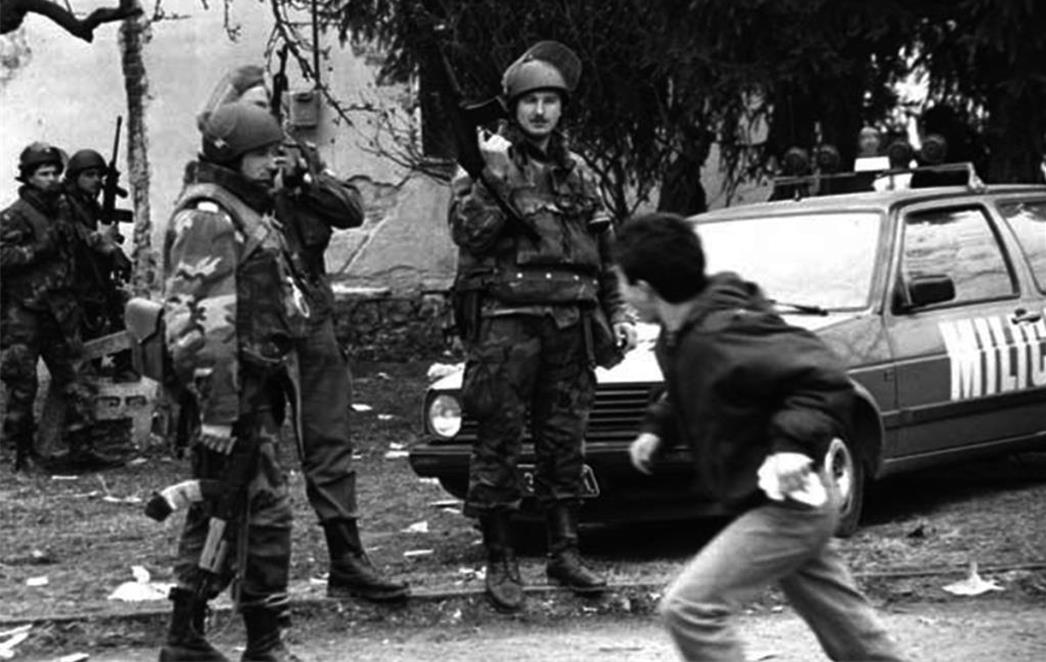 Croatian police in Pakrac. Unknown source. Contact me at daysofpride@protonmail.com if you are the owner of the image so that I can give you proper credit.

They captured 32 Serbian policemen and replanted the Croatian flag on all government objects. The rebel police commander, Jovo Vezmar, was replaced by Stjepan Kupsjak and law and order returned to Pakrac.

Around 4 pm that day, two Croatian statesmen came to Pakrac for a visit.

That was not the end, though. Croatian police soon found out that the Serbs are preparing an even bigger and stronger attack on the town that night.

Two additional busses full of Croatian policemen were sent to Pakrac. They arrived around 6pm and were welcomed by more fire from the surrounding hills and the tower of the local Orthodox Church. 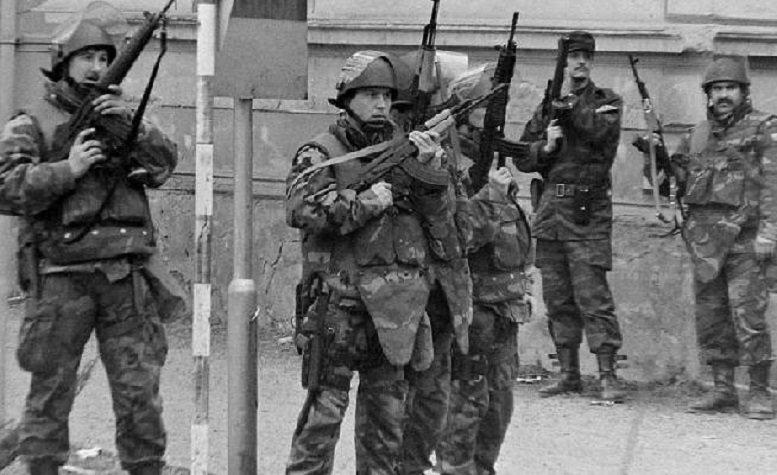 Croatian special police in Pakrac 2. Unknown source. Contact me at daysofpride@protonmail.com if you are the owner of the image so that I can give you proper credit.

That evening, a small clash began between some Croatian policemen and the Yugoslav People's Army. That was the first instance of such an event in the war.

After the Croatian statesmen left, Serbs started firing on the town once again. The conflict lasted all night.

The President of Croatia, Franjo Tudjman, sent a letter to the Presidency of Yugoslavia that he has proof of JNA officers working with the Serb rebels. The JNA was planning an attack on Pakrac.

An agreement was made on the town's soccer playground. Pakrac was to return to the state it was in before the 1st of March.

The Yugoslav People's Army used the "tampon-zone" technique for the first time in Pakrac (and they continued using it for months after); they would deploy their units between the Croatian police and Serb rebels to "maintain peace", while in reality they did so only to prevent Croatian police from setting up order in the area.

Giving that Croatia agreed to send the special police units home, the JNA plan of attacking Pakrac was never put into effect.