The Plitvice Bloody Easter was an armed clash that brought the first casualty of the Croatian War of Independence.

Events leading up to the incident

Following the Log revolution of 1990, Croatian Serb leaders organised a rally at the Plitvice Lakes National Park on the 25th of March 1991, demanding annexation of the area to the Republic of Serbian Krajina.

On the 28th of March, Krajina police took control of the area by force, expelling the Croatian management of the National Park.

Croatia sent Special Police units from Zagreb and Kumrovec (ATU Lucko, Rakitje and Kumrovec) and regular policemen from Karlovac and Gospic to retake the national park on the 30th of March, 1991.

The main attacking force (Rakitje SPU) arrived in busses and passenger cars near the Korana River Bridge in the evening hours of the same day. ATU Lucko secured the bridge before midnight.

An auxiliary force approached the Plitvice Lakes via Licko Petrovo Selo, while the Kumrovec SPU was deployed in the area between the lakes and Gospic, where it captured Ljubovo Pass to secure the right flank of the main effort.

The convoy was ambushed at a barricade on the main road near the Lakes at around 7:00am on the 31st of March. 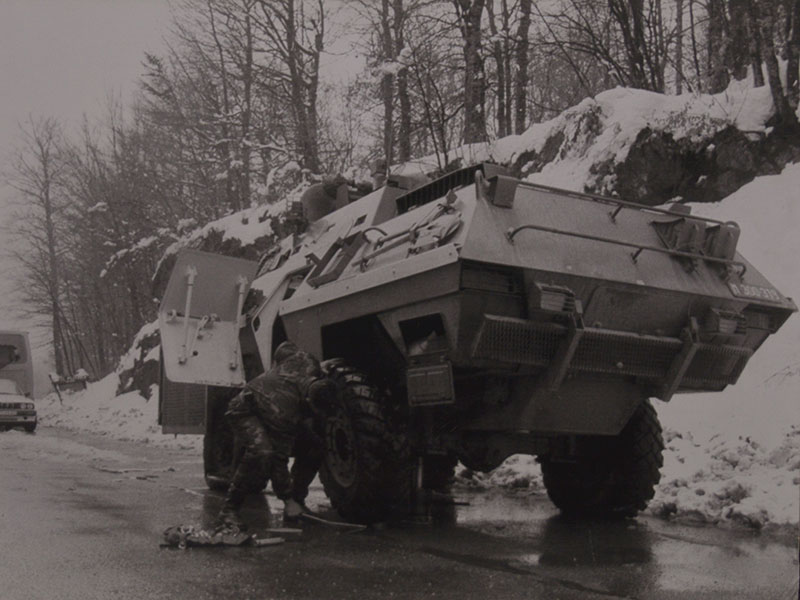 Croatian policeman taking cover behind an APC. Unknown source. Contact me at daysofpride@protonmail.com if you are the owner of the image so that I can give you proper credit.

One of the busses transporting Croatian policemen after the attack. Unknown author. Used under the cover of fair use.

A rifle grenade was launched into one of the busses. It's safety was on so no one got hurt.

The Serb rebels fired from the surrounding woods and held their positions for two and a half hours. Later on they retreated into the nearby post office.

When the operation was close to completion, young Croatian policeman Josip Jovic lost his life when he was hit by a barrage of bullets from a Serbian MG covering the retreating forces. 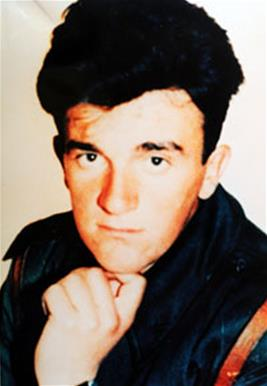 At around 11:00am the operation was complete. 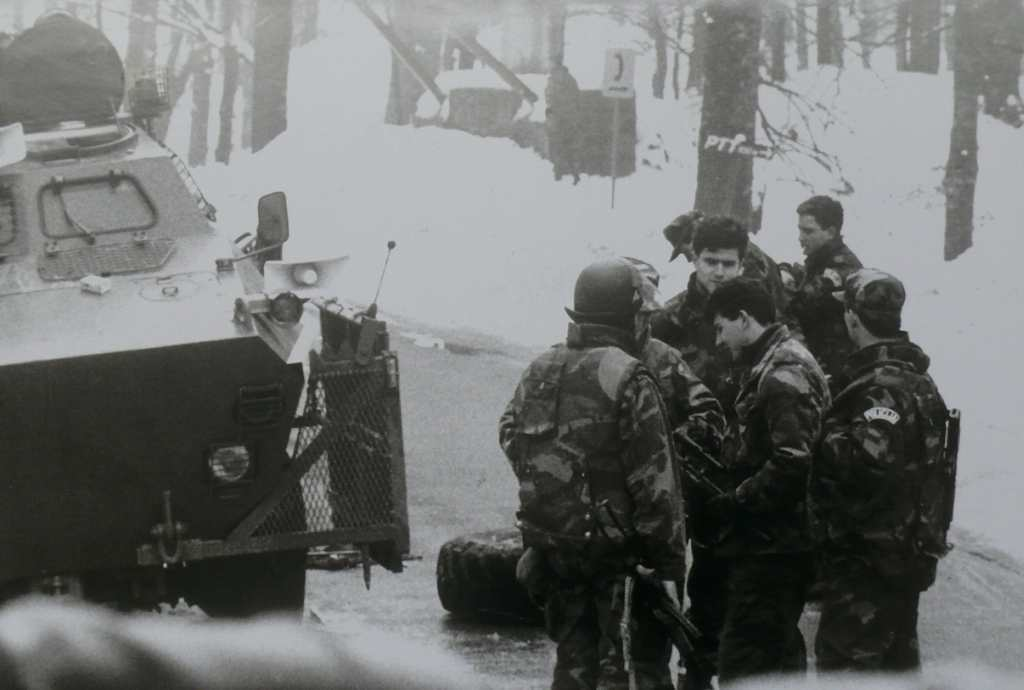 Croatian policemen talking. Unknown source. Contact me at daysofpride@protonmail.com if you are the owner of the image so that I can give you proper credit. 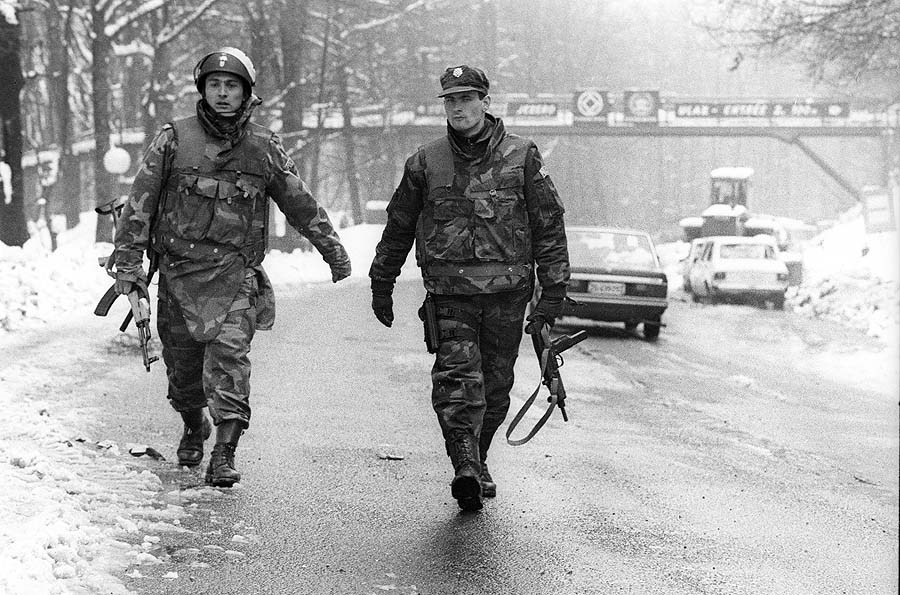 Two Croatian Policemen walking. Unknown source but most likely Hanza Media. Contact me at daysofpride@protonmail.com if you are the owner of the image so that I can give you proper credit.

That afternoon, a Croatian police station was established at the Lakes, manned by 90 policemen. Tomislav Iljic was put in charge.

Shortly after Josip Jovic was hit, the Yugoslav Air Force dispatched a Mil Mi-8 helicopter to attend to the wounded on both sides.

It was dispatched by Colonel General Anton Tus following a request filed by the Croatian Minister of Internal Affairs, Josip Boljkovac.

On the 1st of April, the JNA established a buffer zone to separate the opposing sides at Plitvice Lakes, deploying the following units:

They were led by Colonel Ivan Stimac. 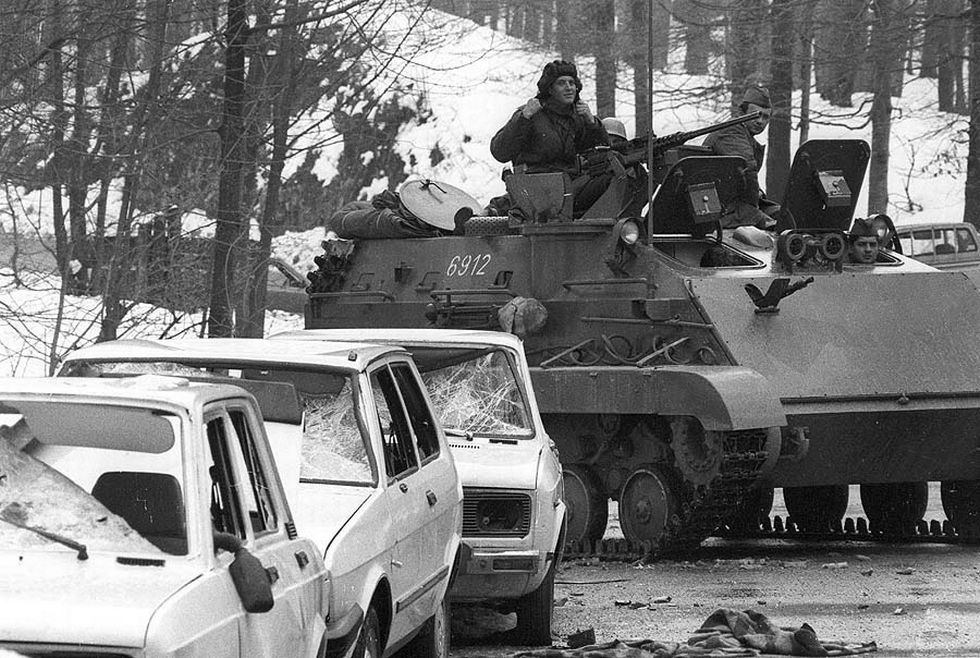 JNA (?) soldiers driving a tank through the area. Taken from the Hanza Media Archives.

On the 2nd of April, the JNA handed the Croatian authorities an ultimatum, requesting the police leave the Plitvice Lakes.

They left the same day, but the 90 officers manning the new police station remained in place.